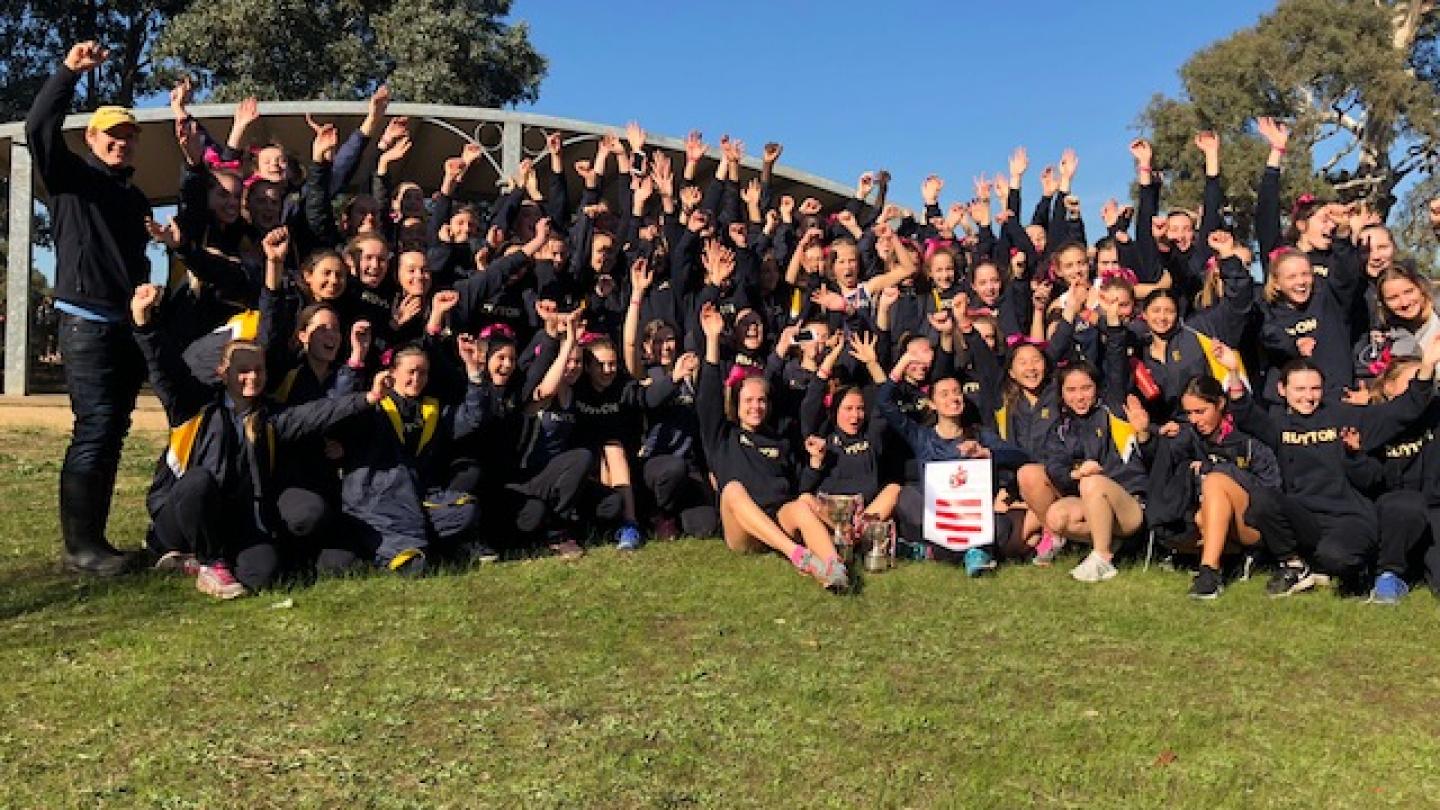 The essence of this team is that they run for one another, give strength and support to each other and ‘out team’ their competitors.

On the basis of the Preliminary rankings, Ruyton was due to hold a resounding 80 point lead after the GSV Junior race. The Junior team performed on cue, with five Ruyton athletes placing in the Top 12 finishers, but Loreto performed well and finished second in this age group. The 46 point deficit after the Junior race was well within reach of the Loreto team.

For Ruyton to retain its lead, most of the Intermediate team needed to run a minute faster than in the Preliminary to hold off the Loreto athletes. The Ruyton Intermediate team was summoned by past and present Captains, who explained the need to push harder than ever before to extract every ounce of pace over the last kilometre. With Loreto expected to finish 60 points ahead of Ruyton in the Intermediate age group, the task before our girls seemed insurmountable.

As Loreto looked to have one hand on the trophy, the Ruyton Intermediate team proved relentless as they ‘stayed in the moment,’ fought for every place and raced with passion. The girls showed an insatiable desire to succeed for each other and not only raced the Loreto team head to head, but defeated them by a close three points.

Holding onto this 49 point lead was now in the hands of the Senior age group and the entire team of 80 Ruyton girls rallied to support them for the final race of the day. Ruyton hung on to the lead set up by the Juniors, maintained and extended by the Inters and capped off by the Seniors.

In an age where we are prone to celebrate individual achievement, it should be recognised how special this team is. It is the first time a school has won the GSV Cross Country Championship by winning only one of the three age groups. It is also the first time that the winning school has had no individual placegetters at the GSV Championship and no individual representatives at the Cross Country Nationals. The essence of this team is that they run for one another, give strength and support to each other and ‘out team’ their competitors.