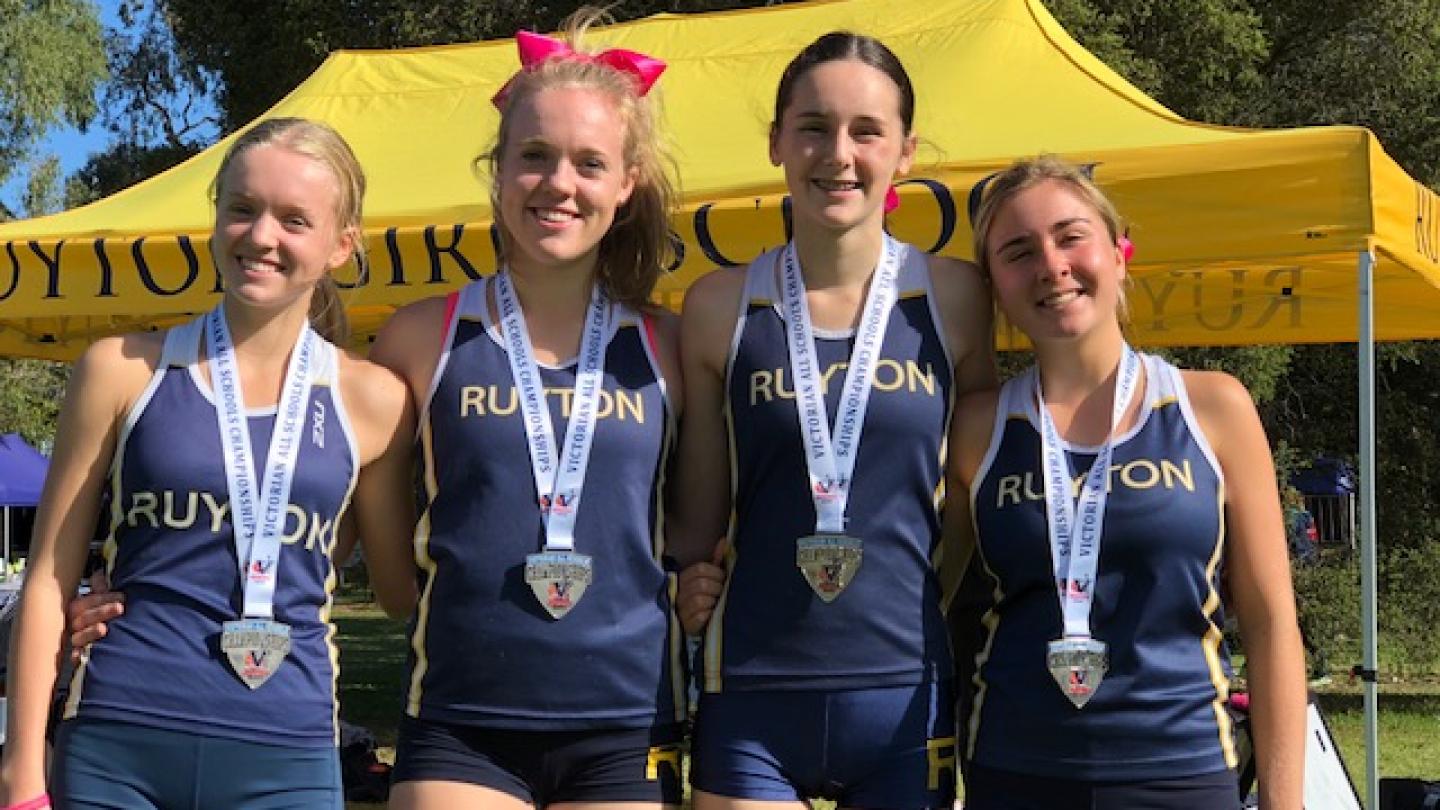 The State Road Relays are traditionally the hardest of the three State Cross Country competitions to win.

A small school such as Ruyton can gain a competitive advantage over rivals at this event by harnessing the benefits of a tight-knit community. Captains rally the team throughout the week, and the Sports office works tirelessly to organise and continually reconfigure the teams. Parent support is unwavering, and they present a festive, welcoming and nourishing experience for the girls on race day. The team of 76 Ruyton girls race with the intensity of a school seeking its first-ever win, not its 46th straight win.

The 2018 Road Relay Championship was held on the new Princes Park course. It was fast and flat, with a mixture of gravel and asphalt surfaces, and a circuit that comprised several hairpin turns. For Ruyton to win the Overall Road Relay Championship and maintain its unbeaten run, it needed to win two medals and have three other teams finish in the Top Six overall finishers across the four Age Group Championships. Furthermore, the 19 Ruyton relay teams entered had to finish the race to gain valuable points for the team.

The Under 18 A team finished in second place and the Under 14 A team finished in third place, which accounted for Silver and Bronze medal placings. With the Under 14 B team placing sixth, the Under 16 and Under 20 A teams both finishing fifth, and all 19 teams completing the course, the Ruyton Cross Country team was able to overcome the large contingent of APS, AGS, and GSV schools to win an unprecedented 46th straight State Title.

Famed AFL Coach Mr Leigh Matthews was once asked how his Brisbane Lions team were able to win three AFL Premierships in a row from 2001 to 2003. He explained that his players had a great passion for the team, possessed a tremendous belief in each other and never forgot how hard they needed to work to win. Ruyton’s running team, similarly, has never lost its preparedness to work or its depth of feeling for the team. This impenetrable culture of grafting out a spirited performance ‘for the team’ is one of Ruyton’s greatest assets. It is something that can’t be purchased; it is developed, passed down, improved upon and revered.

As Brisbane Lions were completing their outstanding run of premiership wins in 2003, Ruyton was just beginning their run of State Cross Country Championship victories: a run of wins which has now lasted 15 years and one month.