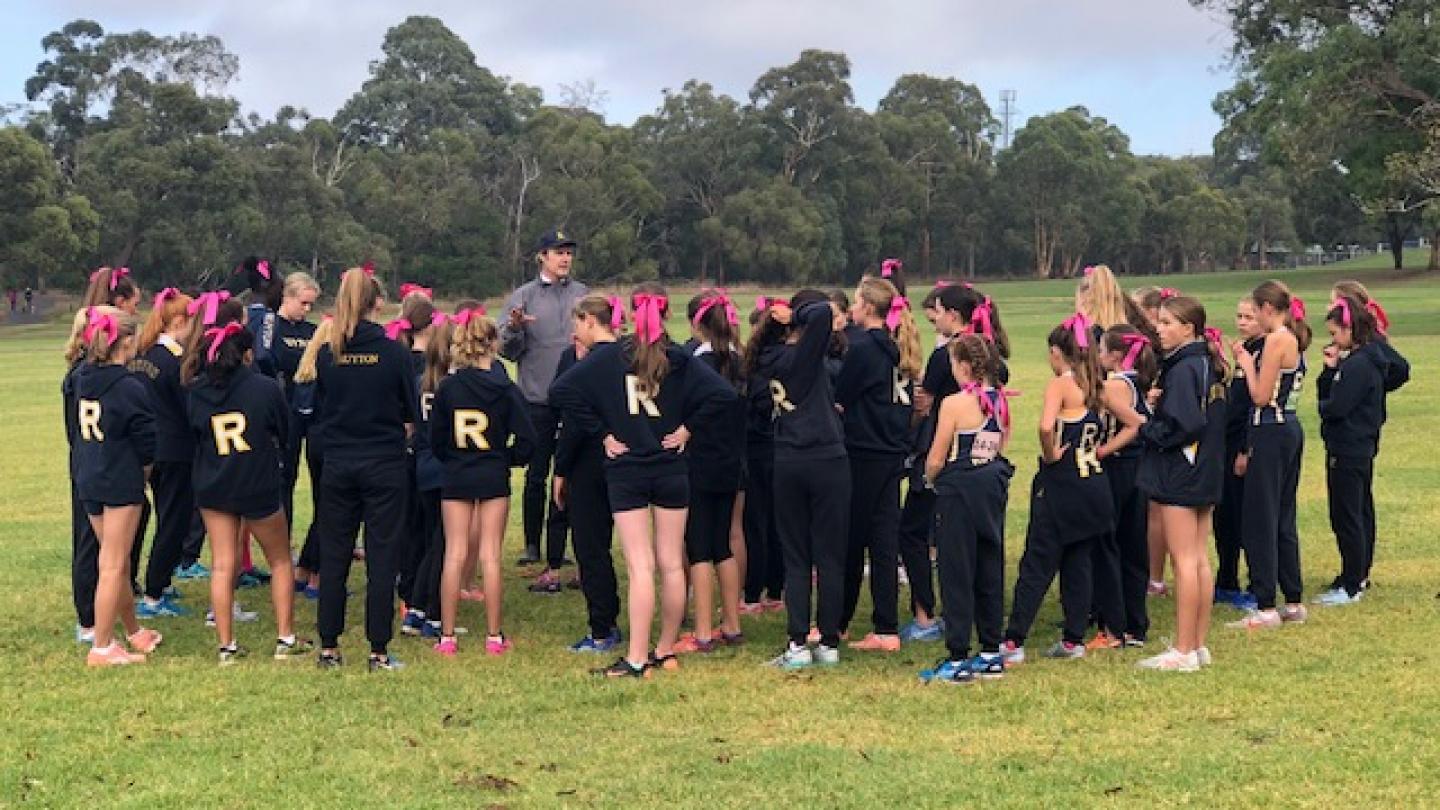 Wesley College won the Under 14, Under 16, and Under 18 races in the most dominant display of elite school running for over a decade. In the Under 20 race, Wesley held an insurmountable lead after the first leg, and Ruyton’s reign looked to be over. It even appeared possible that Haileybury College would out muscle Ruyton into second place in the Overall Championship.

Throughout the week, we acknowledged Ruyton would not dominate any race, but that we could win in the aggregate. While our A teams were contenders, the B and C teams would carry the hopes of retaining the Championship. For the Overall State Championship, a school could accumulate points by finishing in the Top Nine placegetters in each of the four age groups.  It is rare for a school to achieve a Top Nine finish with its B or C teams, and while Ruyton is still working toward becoming elite runners, its strength is its depth.

Wesley’s catalogue of national level athletes was not enough to displace Ruyton’s unshakeable belief and burgeoning team momentum. The Championship was again Ruyton’s after both its A and B Under 20 teams overran the storied Wesley outfit.

Ruyton claimed one of its most complete team victories and solidified its belief that a team comprising good, consistent athletes with a thirst to develop into great athletes, and an insatiable appetite to compete for the School, can overcome tremendous odds to outlast and out-team even the toughest competitors.

Some wins can make a school team, and generate an  unbreakable team brand, and this was one of them. Congratulations to the 77 Ruyton girls who all made a significant contribution to Ruyton retaining its 45th consecutive Overall State Cross Country Championship in the last 15 years.