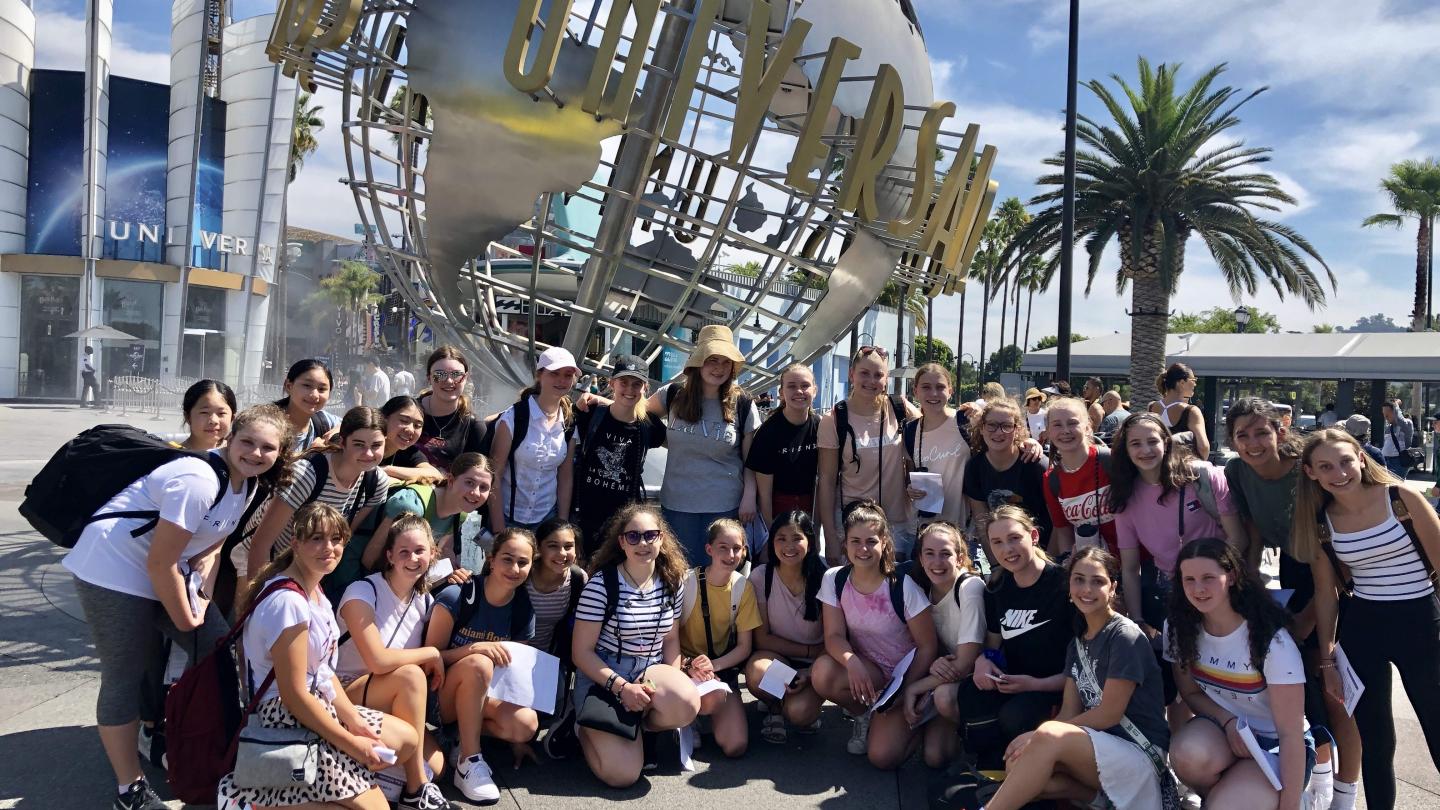 '30 Ruyton girls and four staff set off for the adventure of a life time, singing their way through the United States and Canada.'

On Saturday 14 September, 30 Ruyton girls and four staff set off for the adventure of a life time, singing their way through the United States and Canada. Performing at well-known sites such as Universal Studios, Santa Monica Pier and a number of schools and parks, the girls had a great time singing the songs they had worked so hard on all year. Despite the long 36 hour trip from Melbourne to Seattle, including an unplanned night in San Francisco, the girls enjoyed spending time together and embraced the combination of hotels, hostels, camps and log-cabin living.

After a few days in Seattle, we entered Canada and drove through the Rocky Mountains, taking in the breathtaking views and stopping to stretch our legs at many beautiful locations, including the extraordinary Lake Louise. We performed at Crofton House School, the Salvation Army (Chilliwack), Central Park (Banff), Sulphur Mountain Summit, as well as Calgary Girls’ School. The trip also included a number of enjoyable walking tours.

After a thrilling time at the Disney Concert Hall and Warner Bros Studios, we finished our amazing tour with a performance at Universal Studios, Hollywood. On departing Universal Studios, everybody was ready to come home to Melbourne, feeling grateful for the fantastic opportunity Ruyton had offered us. The 2019 Music Tour is something we will never forget.