2019 Head of the Schoolgirls Regatta Success 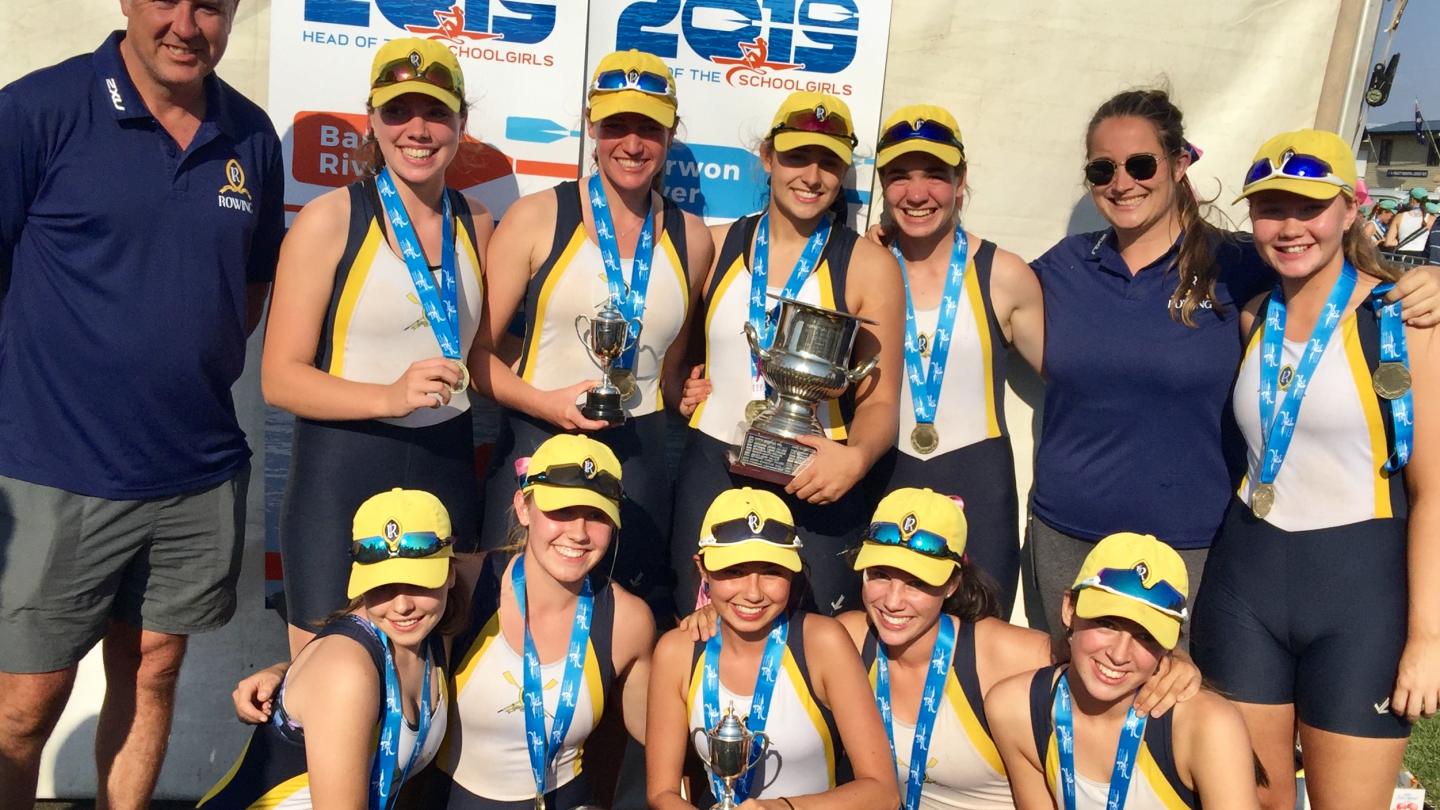 We are proud of the incredible support shown by all our rowers, the respect provided to their competitors and their hard work and achievements on the water.

Ruyton’s squad of 56 rowers took part in the three-day Head of the Schoolgirls (HOSG) regatta on the Barwon River in Geelong. They joined 2100 competitors from 48 schools in the largest school girls sporting event in the Southern Hemisphere. This is the culmination of the 2018/19 rowing season for most of our squad, and the feature regatta of the season. Every Ruyton rower participated in a final on the Sunday of the event.

Watched by over 10,000 spectators, including a large Ruyton support contingent from the Henty Rowing family, there were many highlights across the three days. We are proud of the incredible support shown by all our rowers, the respect provided to their competitors and their hard work and achievements on the water.

Every Ruyton girl represented themselves and the School brilliantly and should be incredibly proud of their hard work throughout the season. There were numerous regatta highlights, including the efforts of our Year 9 Division 3 crew of Esther B, Annabelle C, Aurelia L, Eugenie R (Cox) and Scarlett W. The girls made an A final in their very first HOSG regatta and finished in Bronze medal position. In addition, our four most senior crews, the Open Divisions 1, 2 and 3 and the Year 10 Division 1 Coxed Quad Sculls crews all made A finals.

Ruyton achieved Gold Medals in the Division 1 and Division 2 Coxed Quad Sculls events, with the Division 1 crew making it three straight titles to Ruyton in the feature event of the Regatta. Congratulations to our Seconds, Kenzie B, Philippa D, Alice M, Tamsyn R (Cox) and Sophia W and our Firsts, Katia D, India C, Ellora K, Eliza L and Abby M (Cox) for their great wins.

A sincere thank you to the Director of Rowing Matt Wilson, Junior Coaching Co-ordinator Ion Popa and individual crew coaches, many of whom are Old Ruytonians. The season finishes with Ruyton sending two Senior crews to the National Championships in Penrith in a fortnight, to defend their 2018 National title.