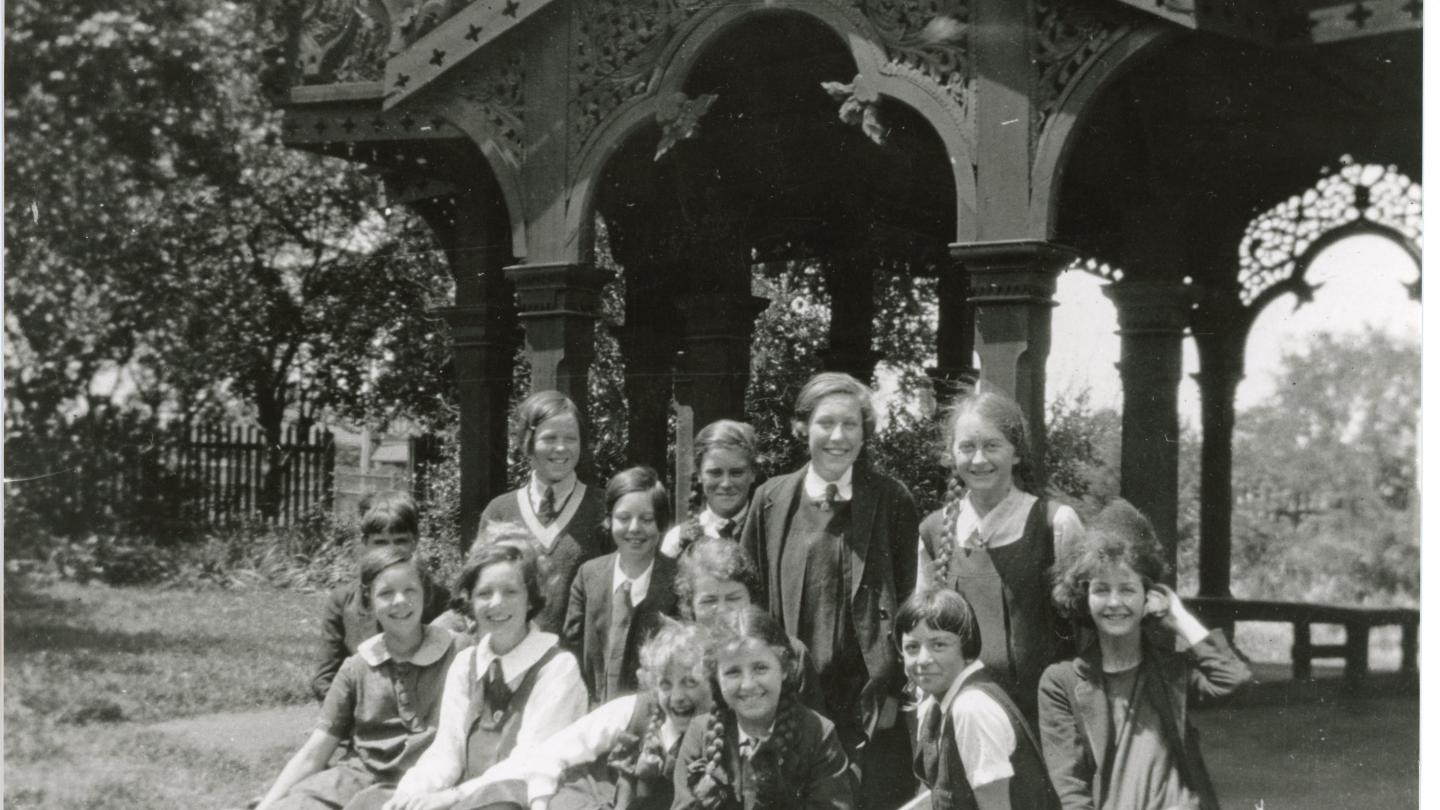 Form IVA gather beside the pagoda in 1927. (Ruyton Heritage Collection)

The wonders of the world came to Melbourne in 1880. In that year, this young, but wealthy and confident city opened the International Exhibition, the first of such exhibitions ever to be held in the southern hemisphere.

For the great event, the stunning Royal Exhibition Building was erected in Carlton Gardens. It was a grand stage on which to meet the Exhibition’s purpose, that of promoting commerce and industry, the arts and sciences. It was a place where a visitor could marvel at the latest inventions or view an array of potential exports offered by other nations, all displayed to their best advantage in elaborate courts and pavilions within and around the Exhibition Building. From October 1880, more than 1.4 million people passed through the turnstiles during the seven months the Great Exhibition was open. Then, in April 1881, as it drew to a close, exhibitors began to sell off some of their remaining stock, fixtures and fittings, rather face the expense of transporting them ‘home’. For canny Victorians, it was a chance to acquire a lasting souvenir of the Exhibition, an opportunity too good to resist for anyone who had financial means to do so.

One such person was successful Melbourne businessman Henry Henty, who bought a ‘Burmese Teak Pagoda’ from a sale of items from the Indian Court in 1881. Either unaware, or perhaps indifferent to its original purpose as a structure to house an image of Buddha, Henty installed the pagoda as a summerhouse or tea house in the spacious grounds of his Kew property, Tarring. He situated the elaborately carved pagoda to the east of the main house, where it provided an exotic – for 1880s Melbourne – and sheltered place to take refreshments while surveying the surrounding gardens.

Four decades later, after Henry and his wife Marion Henty had passed away, their adult children sold Tarring to Hilda Daniell, Principal of Ruyton Girls’ School. Daniell moved her School onto the property in 1920, and the pagoda, still standing in Tarring’s four acres, now became a natural gathering point for schoolgirls taking outdoor lessons or enjoying lunchtime in the gardens. It was regarded with affection as a feature that leant a touch of magic to Ruyton, and regularly appeared as a backdrop to casual photographs of students and teachers.

Sadly though, Ruyton had less success in preserving the pagoda than the Henty family had had and the pagoda fell into disrepair during the difficulties of the 1930s depression and the Second World War from 1939. The pagoda’s exact demise was not recorded in school records, but by about 1942 it had been pulled apart and put into storage. Legend has it that this was either to make way for extensions to the oval, or to provide space for air raid trenches being dug in anticipation of a possible Japanese invasion. The final fate of most of the pagoda pieces can only be guessed at. They were perhaps all burnt as firewood or suffered some other sad end. All, that is, except for four sections which were salvaged by the Junck family and kept as a memento of their daughter Elaine’s connection to Ruyton, when she matriculated in 1944. Half a century later, in the 1990s, Elaine Archer (Junck ‘44) returned these once discarded pieces to Ruyton, finding that the intervening decades had allowed the School to develop a much greater appreciation of the pagoda’s heritage significance. The pagoda pieces were conserved and framed and have been regularly displayed around the School ever since, enlivening once again the historical thread that leads all the way back to 1880s Melbourne. 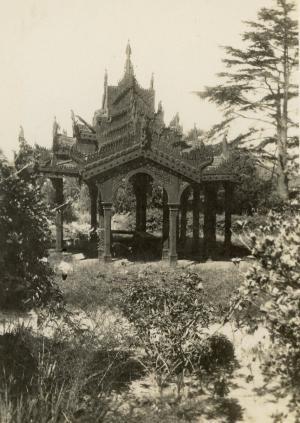 Henry Henty purchased the elaborately carved Burmese pagoda at the close of Melbourne's 1880-1881 International Exhibition. He installed it as a summerhouse for his Kew home 'Tarring'. 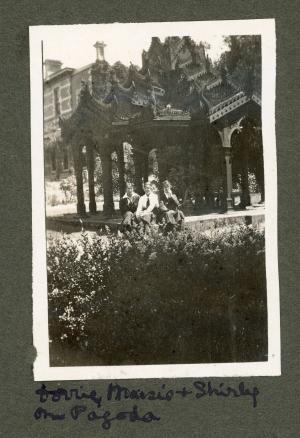 Three students pose on the pagoda in 1920. The southern facade of Henty House (formerly 'Tarring') is visible in the background. 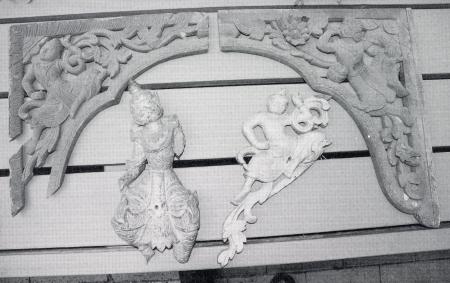 Four pieces of the pagoda survived and were returned to Ruyton in the 1990s, thanks to Elaine Archer (Junck '44)