'The Great Outdoors' with the R.O.C. 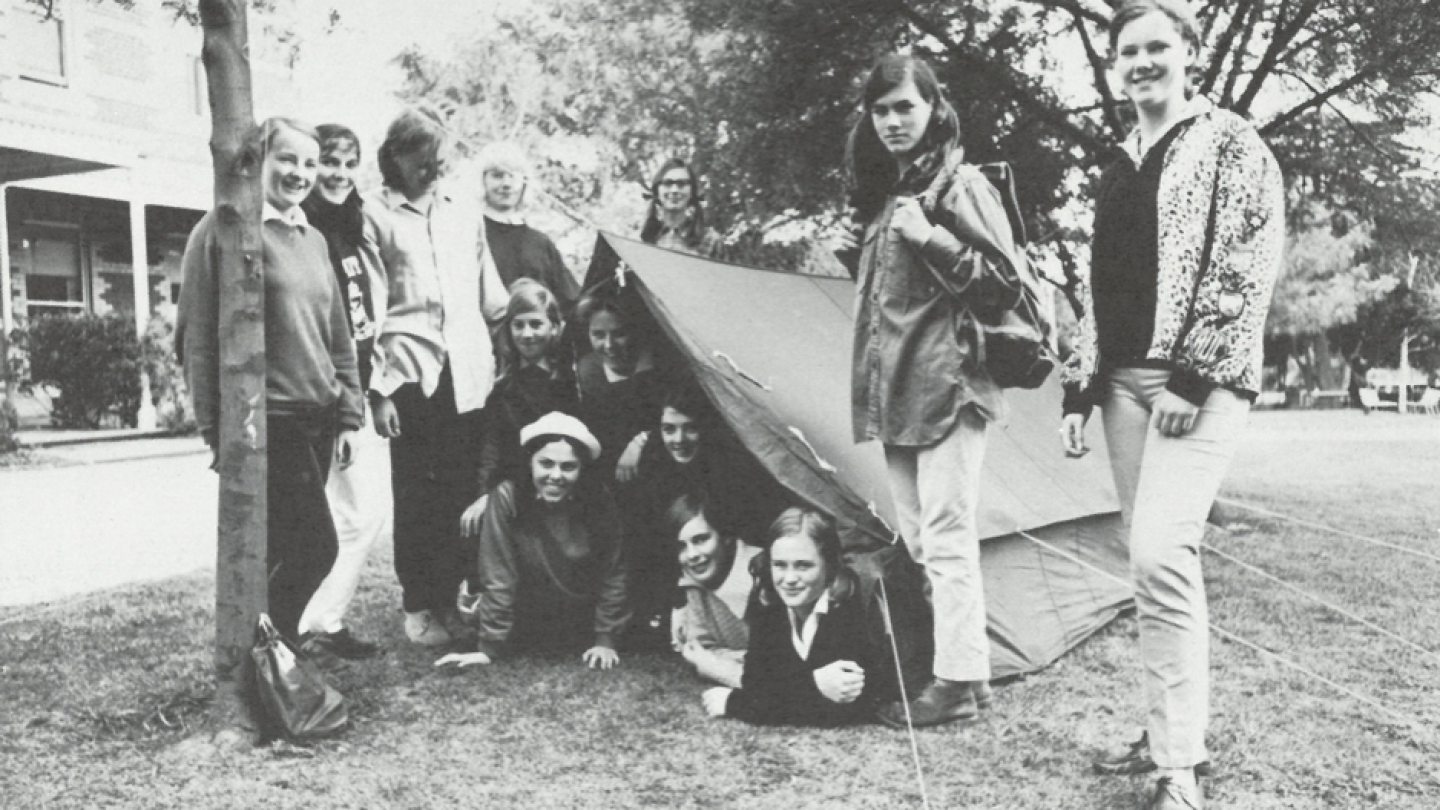 With worried warnings from parents about ‘getting cold, lost or bitten ringing in our ears’, the pioneers of Ruyton’s Outdoor Club (R.O.C.) set out on the newly formed group’s first camp in late May 1968. With the bus crammed with girls, packs and sleeping bags, they headed to Millgrove where they would stay at the National Fitness Camp for adventure-filled days of hiking, canoeing, map reading, campfire cooking and bushcraft skills. Four days later the intrepid gang returned to Ruyton, tired but enthusiastic about their successful first adventure. There, they were amused to find their apparently anxious parents waiting for them. ’We were welcomed back by Miss McRae and the parents [who were] astonished that we were still all in one piece, except for a few blisters.’

From this first success, the Ruyton Outdoor Club continued until at least late-1972, always under the leadership of one or two dedicated teachers. Reports in ‘The Ruytonian’ indicate that the R.O.C. met weekly after school and its activities included regular hikes, and a camp once or twice a year. Interspersed with these adventures were more sedate activities such as talks on pertinent topics, slide nights, and an array of practical activities in the School grounds ranging from archery to practise setting up tents.

In 2014 a reunion for members of the Ruyton Outdoor Club was held in Henty House, Ruyton.

Image: The Ruyton Outdoor Club as featured in The Ruytonian, 1969. (Ruyton Heritage Collection)