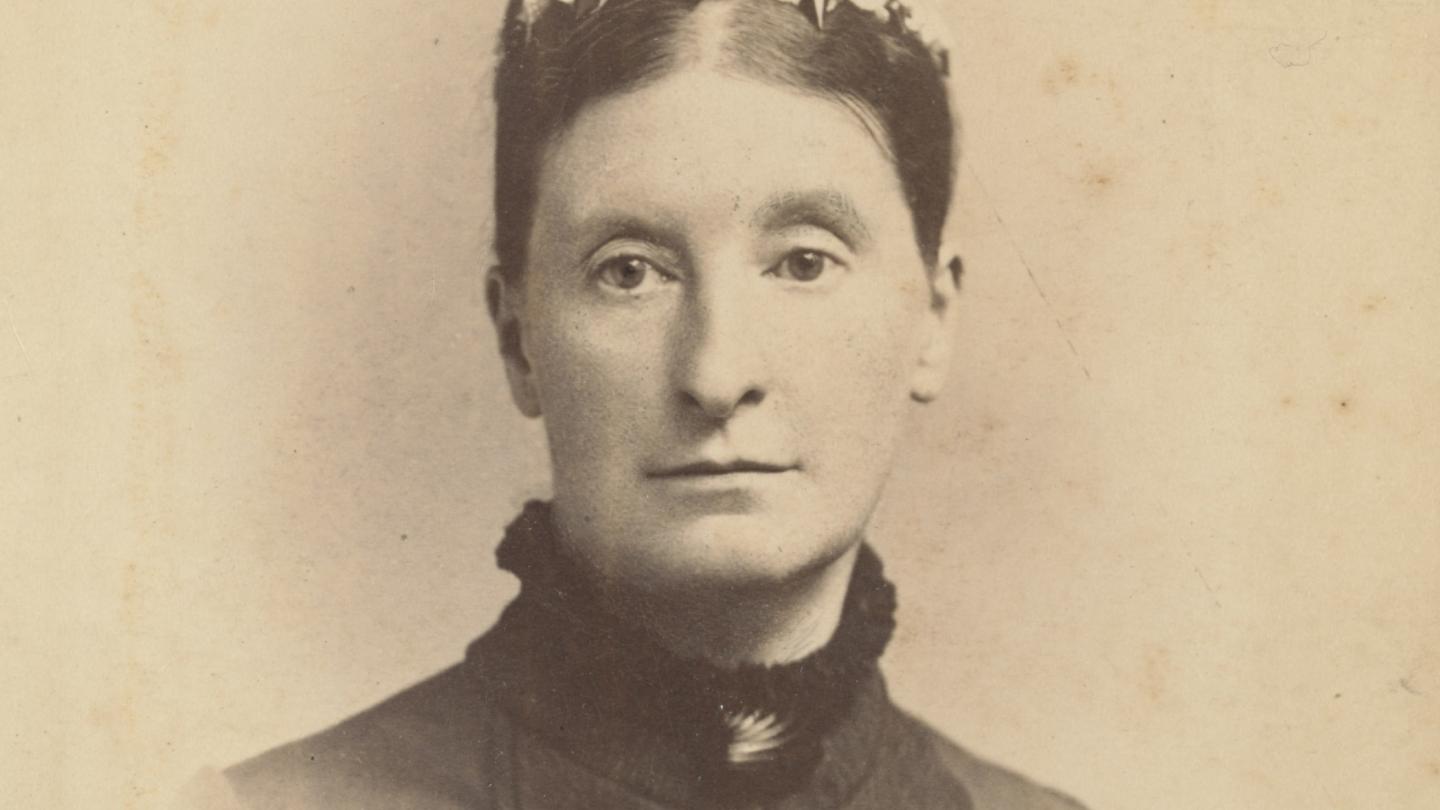 You could be forgiven for wondering where the name came from for Ruyton Girl’s School. ‘Ruyton’ is an unusual word and bares no obvious link to the buildings or School’s local area. To uncover where the mysterious word came from, one must look back to the School’s earliest years.

‘Mrs Anderson’s Ladies School’ was begun by Mrs Charlotte Anderson as a modest enterprise in the parlour of her rented home in Bulleen Road, Kew (now High Street South), sometime in 1878. She and her family had recently returned to Melbourne after living in New Zealand for several years. Within months she was widowed, and with six young children to care for, she is likely to have been concerned to secure both the educational and economic future of her family. The first students were Mrs Anderson’s own children, alongside some nieces and nephews. When Miss Maud King, a neighbour’s child, joined the group, ‘Mrs Anderson’s School’ began to transform into something more official.

Charlotte Anderson may not have foreseen the thriving concern that Ruyton was to become, and perhaps had no official name for the school in its initial months. Variations of ‘Mrs Anderson’s Ladies School’ appear in newspapers in 1880-1881. Then, in December 1881, the first known use of the name ‘Ruyton’ features in the handwritten inscription in a book prize awarded to Kate Howard (Mrs Anderson’s niece) for high marks in English and Arithmetic. In April 1882, the name ‘Ruyton’ was being used when promoting the school in the education advertisements of 'The Australasian' newspaper. Around the same time, healthy student enrolments had given Charlotte Anderson the confidence to move her school to ‘Edgecomb’, in nearby Studley Park Rd, Kew. The larger house and four acres of grounds gave Ruyton room to grow, and, crucially for any school aspiring to serve Victoria’s more comfortably-off families, gave her room to accept boarders.

Mrs Anderson’s inspiration for her School’s name came from a small cluster of villages named Ruyton-XI-Towns in Shropshire, England. A picturesque place, Ruyton-XI-Towns sits on the River Perry among rolling green countryside. At the heart of the village was an ancient church, St John's, where Mrs Anderson’s great-grandfather had been the vicar. Whether Ruyton-XI-Towns was a place held in some affection by Mrs Anderson, who had grown up in nearby Derbyshire, is lost to history. Whatever the case, she no doubt felt that the name ‘Ruyton’ set the right tone, carrying with it an air of prestige and authority, embodying her hopes for her young school’s prosperous future. 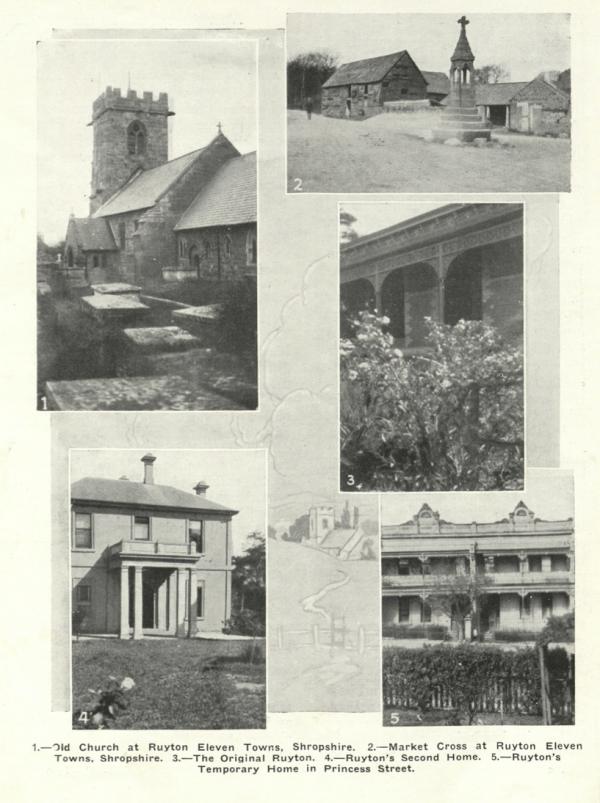 Two views of Ruyton-XI-Towns, Shropshire, featured in 'The Ruytonian', June 1938.