Life during WWII at Ruyton 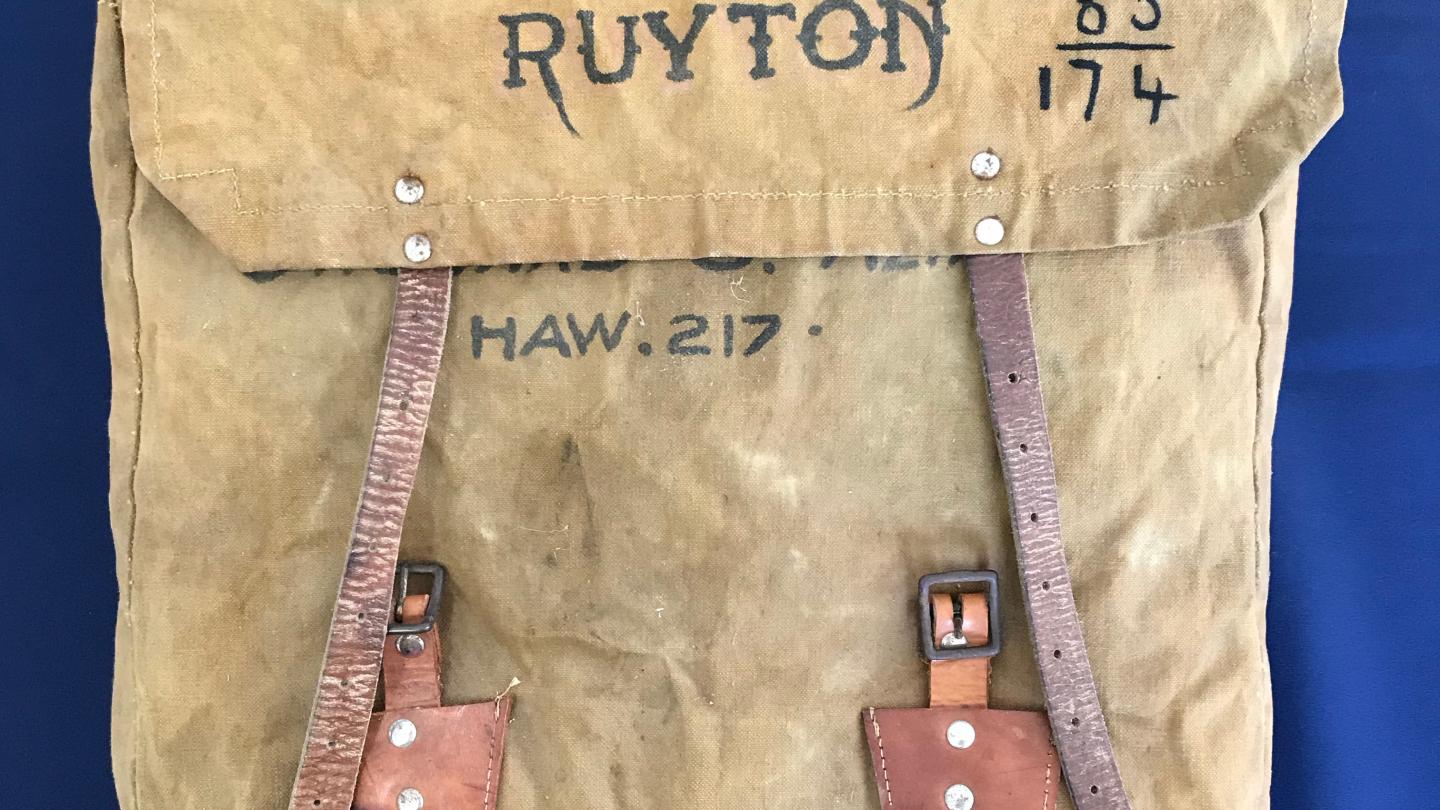 How does a school prepare when its country is at war?

In 1942 wartime Australia faced the possibility of air raids and invasion of enemy forces.  The December 1942 edition of The Ruytonian is full of references to the School’s preparations should the worst happen, from a sandbagged air raid trench close to the Moreton Bay Fig tree, to regular air-raid drills.

Ruyton girls were prepared with a canvas knapsack, stocked with rations and equipment to help them survive an evacuation from their School.  The Ruyton Heritage Collection is fortunate to have received the donation of one of these knapsacks from Mrs Joan Martin, (Wardrop 1946).  Each knapsack was marked with the School’s number (#83) and a student number, with young Joan Wardrop as number 174. 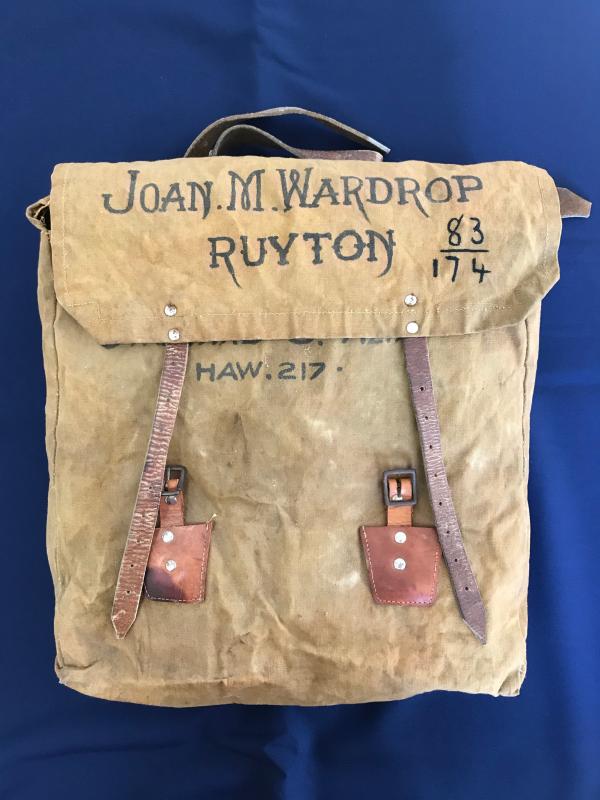 “The members of the school who are evacuating, if the necessity arises, have had to provide themselves with knapsacks and addressed envelope, knife, fork, spoon, cup, plate, and also certain rations though, of course the perishable food cannot be kept ready with the other things.  All these articles have been marked with the evacuation number and the name of the owner…”.   The girls also carried ground sheets and gas masks.  If the School was evacuated, the students were to divide into their houses and then potentially depart the city under the care of their respective mistresses.  The addressed envelope that was carried in each knapsack presumably featured the girls’ home address and her parent’s details, so that they could be alerted to their daughter’s safety should an evacuation take place.

The Ruyton Heritage Collection is grateful to Mrs Joan Martin for her precious donation, which reminds us of some of the realities of war.