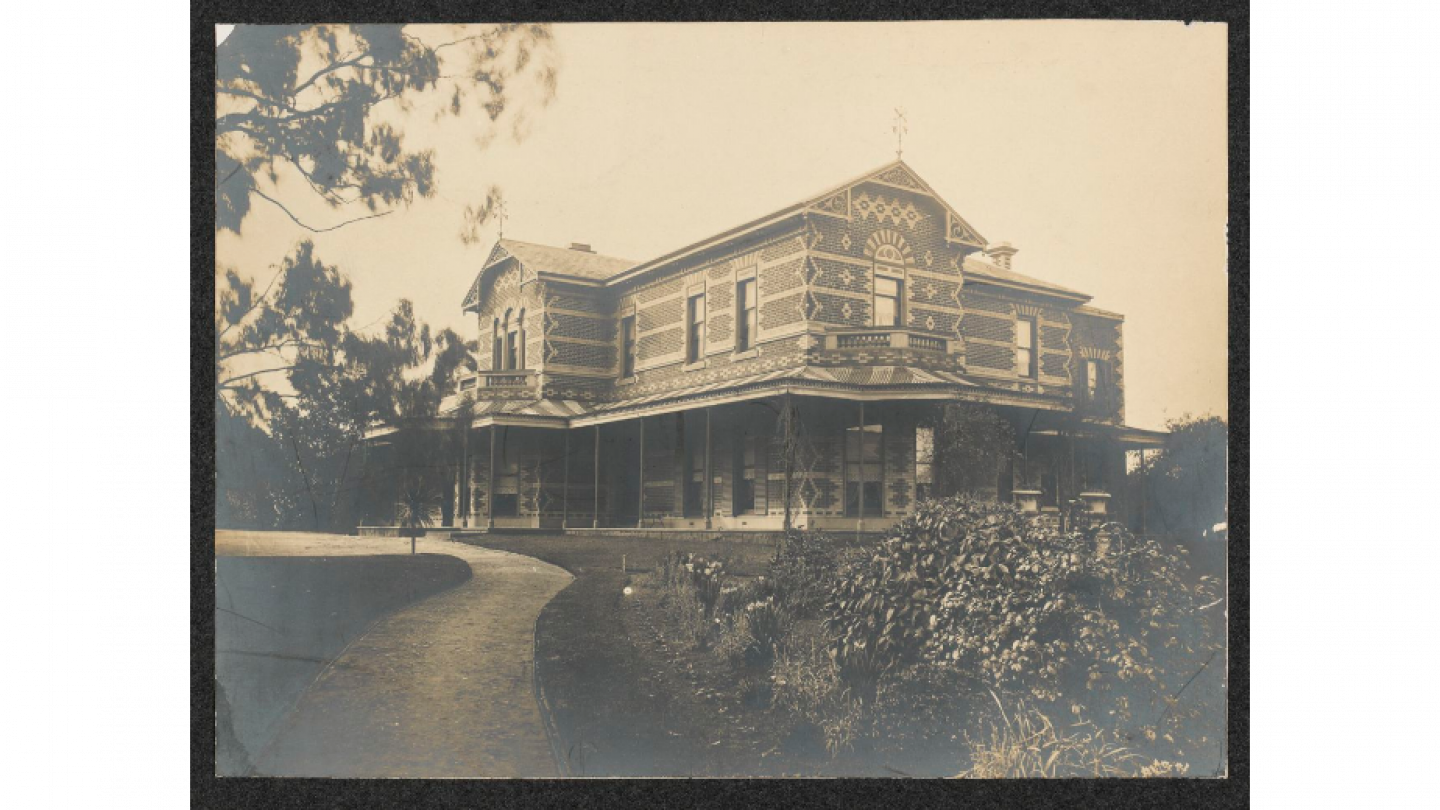 In 1865, Henry Henty purchased 20 acres in the developing suburb of Kew.  He commissioned local architect Albert Purchas to build ‘Tarring’, a two storey, polychrome brick house which he occupied from 1872 with his wife Marion (formerly McKellar) and their children.  The Hentys' daughter Beatrice was among the first students at Mrs Charlotte Anderson's new school for young ladies established nearby in 1878.  That school was soon to be known as Ruyton.

The Henty family were well known in Melbourne as it was Henry's uncle Edward Henty who was Victoria's earliest European colonist.  Henry Henty was a successful businessman, banker and, for a short time, the Member of the Legislative Assembly for the seat of Grenville in regional Victoria.  However, in 1884, Henry returned from extended travel in England to find that the family firm had been poorly managed in his absence, and that he faced significant debts.  To clear the debt, Henty sold off much of the 'Tarring' estate during the land boom years of 1885-1886, until the house, with approximately four acres of landscaped grounds, vegetable gardens and orchards remained.  Ruyton’s beautiful Moreton Bay Fig is a remnant of that Henty-era garden.

Henry Henty remained at ‘Tarring’ until his death in 1912, with the property sold after his wife Marion Henty passed away in 1919.  It was purchased by Miss Hilda Daniell, owner and Principal of Ruyton, who sought a place with enough land to provide her School with the playing fields that its previous A’Beckett Street site lacked.  In 1920, the teachers and students moved across Kew to their new home at 'Tarring', 12 Selbourne Road.  The gracious building became the home of Ruyton’s boarding students, and included a flat for Miss Daniell to live onsite.  The house was renamed to honour the Henty family’s long connection to the property and has become an iconic symbol of the School.