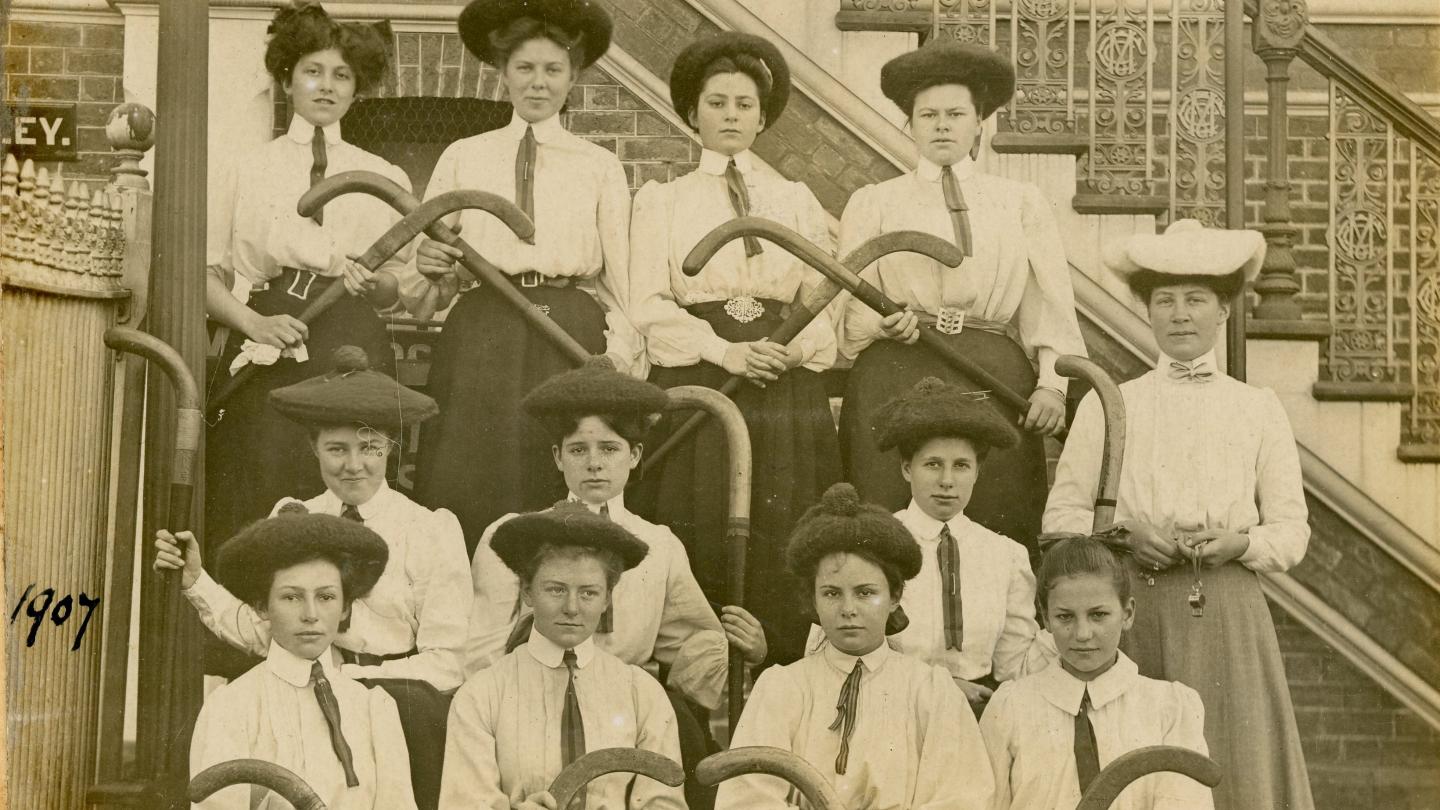 Passers-by must have been curious about the young women brandishing wooden sticks in suburban Armadale in 1903. There, on a vacant block on the corner of Mercer and Malvern Roads, students from Ruyton and Lauriston Girls’ Schools had assembled to play Victoria’s first ever inter-school hockey match for girls. Some students from Melbourne Girls’ Grammar School came along to watch the spectacle and assess the new game’s potential.

The idea of field hockey for female players was brought to Victoria by two sisters, Lillian and Margaret Irving, who had first seen girls playing it during their travels in England in 1902. By 1903, the Misses Irving were joint headmistresses of Lauriston, a school they had founded two years earlier. Both Irving sisters had deep connections to Ruyton through their time as teachers at the older school during the 1880s and ‘90s. For Lilian Irving this had included seven years as Ruyton’s co-Principal with Miss Eliza Bromby from 1888-1895. With these links it was only natural that Ruyton students would join Lauriston to try out the new game.

In 1928, Lilian Irving wrote in The Ruytonian about the excitement of that first contest. ‘Subsequent teams may have equalled, but none have surpassed the enthusiasm displayed at that match. … Rules were often broken, for they were hardly understood, and of course, the teams bunched into the goal circle to prevent… that ball from crossing the goal line.’

Hockey quickly caught on, and friendly games were soon being played amongst a number of Melbourne’s girls’ schools. An Association was formed in 1905, and the rules formalised. These included arrangements around the competition fixture and the length of games (35 minutes for each half.) Firm instructions were also given about playing attire. ‘Skirts must be eight inches off the ground. No white petticoats…’, and importantly, least any team get an unfair advantage, ‘hard-rimmed hats and hatpins must not be worn during play.’

Ruyton appears to have taken the latter instruction to heart, and adopted the soft tam o’shanter hat as seen in surviving photographs of early teams. The tam o’shanter may have been removed for play, but the blouse and long skirt had to be put up with. According to Lilian Irving they had ‘a horrid habit of parting company’, and she was delighted to see the transition to a more comfortable tunic in later years. Another change she observed was the hockey stick itself, which originally were all of ‘uniform thickness from handle to head, about the thickness of a stout walking stick’ and so very different from the hockey sticks that are used today.

In celebration of their joint role in bringing field hockey to Victorian school girls, Ruyton and Lauriston have met for friendly re-enactment matches in 2003 and 2018. 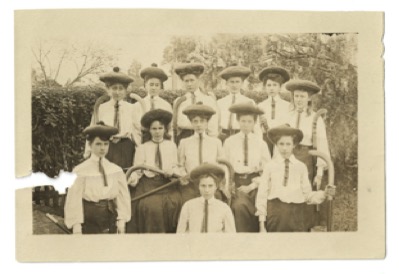