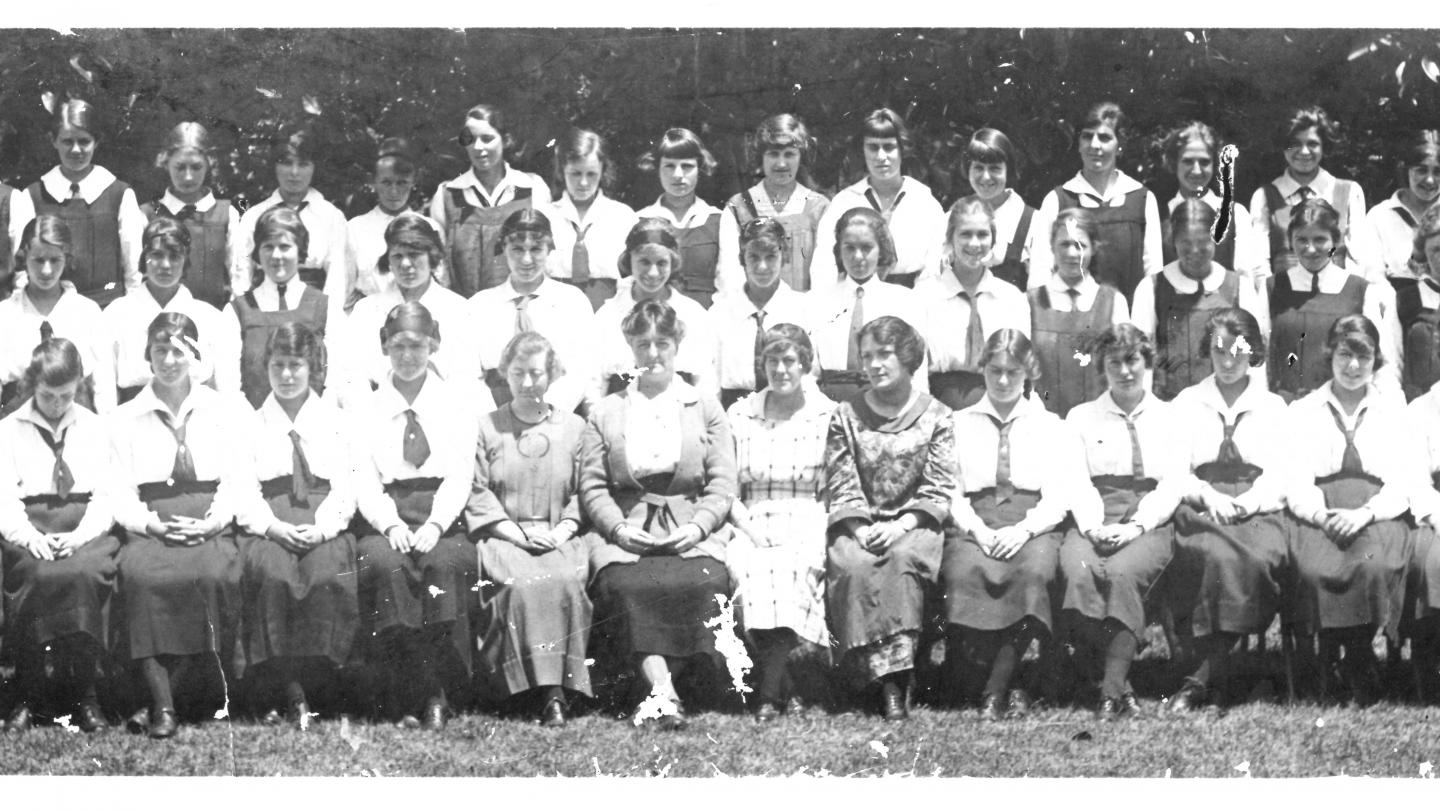 In 1919, Principal Miss Hilda Daniell made a big decision for Ruyton's future.

In late 1919, Ruyton’s Principal, Miss Hilda Daniell, announced that in the following year the School would move out of its premises in A’Beckett Street, across Kew to Tarring, the old Henty family estate in Selbourne Road. Though the A’Beckett Street property had served Ruyton well since 1889, it was no longer adequate for the needs of her flourishing school. Since 1914, student numbers had rapidly built up, and by 1919 the A’Beckett Street premises were full to bursting. With sport a growing priority, Miss Daniell also sought more playing space for the girls. When the Henty’s old family home became available, situated on approximately four acres of grounds on the other side of Kew, Miss Daniell seized upon it as an ideal solution to her two problems.

In The Ruytonian of April 1928, Miss Daniell described the appeal of ‘the new Ruyton’. It was ‘beautifully situated in a quiet, secluded street, close to … trams yet protected from their noise. It had … a lovely old garden, and plenty of space for tennis courts and playing fields. The old home furnished a large and dignified house for boarders. To Tarring therefore, Ruyton migrated in May, 1920.’[1]

Beautiful the new property may have been, but when the staff and 170 day girls and boarders arrived, they found that it was not actually ready for them. It was still to undergo the changes needed to convert it from a gracious home into a school, and the work would be done during the first three months that the girls and teachers were there. In 1928, Miss Daniell wrote frankly about this period: ‘The first term was a hideous nightmare. Till the new school-rooms were finished, classes had to be carried on in the house, both upstairs and down. The noise of the builders made teaching very difficult.’  To make matters worse, the much-wanted extra playing space was initially inaccessible as it was being levelled. The Senior girls didn’t seem to mind – a little upheaval was a small price to pay in exchange for the interesting goings-on of the carpenters and bricklayers, especially those who were unrestrained in their swearing by the quiet surrounds of a genteel girls’ school.

The work of the builders included a new classroom block situated roughly in the location of today’s Foundation Building. They also extended the Henty family’s library, transforming it into a dual-purpose Assembly room and space for Kindergarten classes. It is used today as a staff common room. The remainder of Henty House provided accommodation for the boarders and live-in staff, including a comfortable flat for Miss Daniell.

One hundred years have now passed since Miss Daniell’s brave leap to move her school to a new site. With the clarity of hindsight, it is evident that her decision gave Ruyton the space to thrive, and stood it in good stead in a changing educational landscape. Over ten decades, the School has been fortunate to further expand into several adjacent properties, while new facilities and buildings have met the shifting learning needs of the students. Should she walk into the grounds today, Miss Daniell would recognise little of Ruyton’s built environment except Henty House, which itself has witnessed many changes. She would perhaps guess that the magnificent Moreton Bay Fig that stands beside it was one she knew as a much smaller tree. I suspect she might marvel at the transformation that time has brought to both.

[Pictured above: Staring resolutely at the camera, Miss Daniell, (seated centre front), is photographed with key staff and senior girls in the 1920s.  (Ruyton Heritage Collection)]