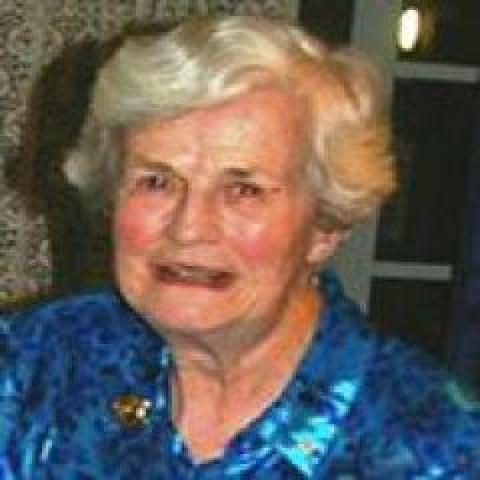 Miss Mary Whitehead AM (‘35), (1917-2014), Old Ruytonians’ Association (ORA) life member and boarder, became a Soroptimist in 1957 and went on to became involved in the advancement of Soroptimism in South Australia and internationally. The name Soroptimist was coined from the Latin soror meaning sister, and optima meaning best and today Soroptimists have continued to strive to achieve 'the best for women' in every sphere of their lives, with a particular focus on education, empowerment and enablement of opportunities. Mary was appointed First Vice-President of the Conference of South West Pacific Clubs (CSWP) for two years in 1976 and President for the Inaugural Conference of the New Federation in Adelaide in 1978. After graduating in Arts (with Mathematics and Statistics as major subjects) from the University of Melbourne, Mary joined the Commonwealth Public Service in 1938 as Assistant Librarian in the Bureau of Census and Statistics and later became Librarian at the Patents Office. She spent four years in the Army (VAD and AAMWS.) In 1949 she went to Adelaide to what is now the Weapons Research Establishment, to work on data analysis of the trial of weapons and research vehicles. During her term as President of the CSWP Mary visited as many Regions and Clubs as she could throughout Australia and New Zealand, and also attended international conferences, promoting Soroptimism and Extension.