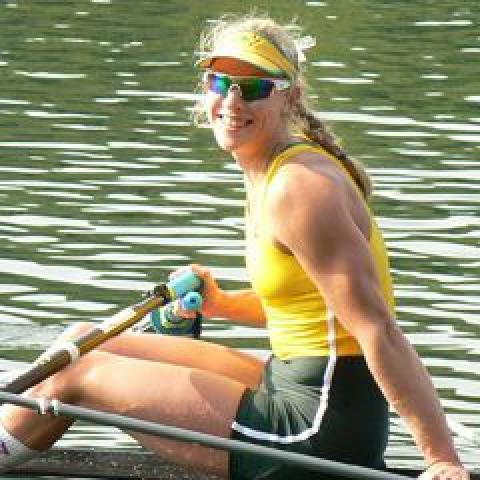 One of Ruyton’s core values is to teach our girls to be versatile. Kim Brennan AM (Crow) exemplifies this spirit. During her years at Ruyton Kim was not only an academically-able student (she was Dux in 2003) but also a talented athlete. She specialised in the hurdles, and became a Junior National Champion. Years later, a run of injuries forced Kim to relinquish the hurdles and she turned her attention to rowing. Kim represented Australia in rowing at both the Beijing Olympics in 2008 and the London Olympics in 2012, where Kim and Brooke Pratley took out a silver medal in the Women's Double Scull final. The next day Kim also took out a bronze medal in the Women’s Single Scull. At the Rio Olympics in 2016 Kim achieved a gold medal in the Women's Single Sculls, where she led all the way in the final. She was also announced as sportswoman of the year. What a fantastic achievement for Kim, a girl who has excelled in both the sporting and academic arenas, and who also exemplifies the true Olympic spirit.