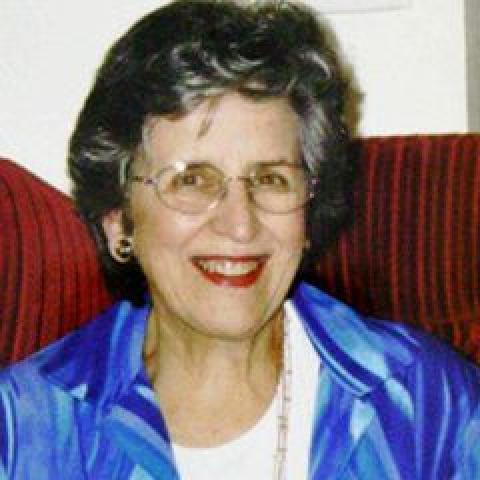 Mrs Jenny Elford was born in Adelaide, and attended school as a boarder in both Hobart and at Ruyton. She nursed at the Royal Melbourne Hospital and Fairfield Infectious Diseases Hospital.

In August 1953 Jenny and Kirk McLeod drove to Mt Donna Buang, near Warburton, for fun in the snow. Taking a track back to the car park, Kirk and Jenny became disoriented and endured four days and nights lost in rugged country in snow and freezing temperatures. As day-trippers, with light clothing and no food, they were unprepared for their ordeal. When they were reported missing an intensive search began. They were discovered on the fifth day.

The press and the public were smitten with the Snow Girl’s heroic story and her vivacious smile, and she was the subject of many reports. In this story and behind that smile was an extraordinary person. As well as her qualities of warmth, modesty, compassion and a total absence of self-pity, Jenny displayed enormous courage. She overcame her disabilities to play tennis, and golf, to ride a scooter, to dance and to travel. Significantly, Jenny committed herself to helping other amputees, both physically and emotionally, which she continued to do throughout her life. In 2000, Jenny, along with other members of the Amputee Association of Victoria, received the Australian Sports Medal in recognition of work done by the association to encourage sport.

Jenny’s misfortune was irrelevant to her happiness. She had no bad memories of the episode because she recognised and acknowledged the joy of being alive.

Mr Paul Laycock
The Snow Girl’s Story is available in the School library.