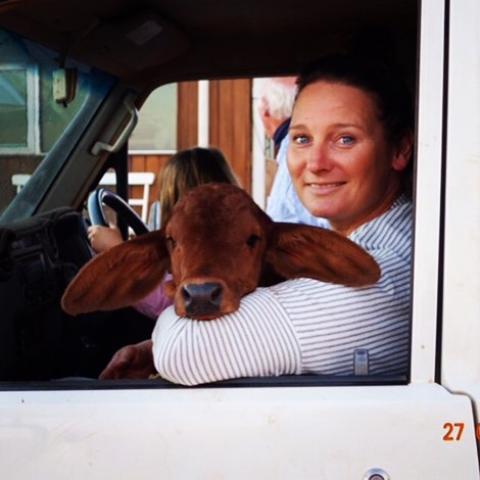 Jane is a true pioneer. Someone with real grit and determination. From her beginnings with her husband on a cattle station south of Katherine, to the Yougawalla Pastoral Company in the Kimberley WA, with over 40,000 head of cattle and 3.6 million acres, Jane has trod a path not for the faint-hearted. She is a champion for rural women and highlights the stark differences between them and their sisters in an urban setting in Australia.

Jane espouses many values, some of which will be familiar to a Ruyton girl today:

In early childhood Jane learnt from her parents the values of entrepreneurship and working long hours to achieve her goals, and these were to stand her in good stead when she and her husband, bought the station at Yougawalla in 2007. Arriving to a desolate space and experiencing both fire and drought at different periods of time, they managed not only to build it up to become a fully-operating cattle station, but also raised a family there. In 2010, they added their first indigenous leased property. A further challenge included the aftermath of the Federal Government’s Live Export Ban. Overnight Yougawalla’s business had its market taken away, ironically causing the potential for more cattle to suffer within Australia itself. Just three weeks later Jane sustained life-threatening injuries after being attacked by a bull.

‘The CAT Scan confirmed what my husband and parents already knew. I am a very hard- headed woman.’

Despite these setbacks, Jane remained anxious to improve the understanding between urban and rural Australia, and, together with another influential woman, Catherine Marriott, decided that ‘We needed to bridge the gap by telling our stories.’ With their joint passion for agriculture, animal welfare, communications and food integrity, and making use of social media, in June 2013 a platform was found through ‘Central Station, a blog where the men and women of the Australian outback come together to share an insight into their lives- the good, the bad, and the dusty.’ Today Central Station has over 56,000 followers.

This ‘hard-headed woman’ certainly lives her message of resilience and fortitude.