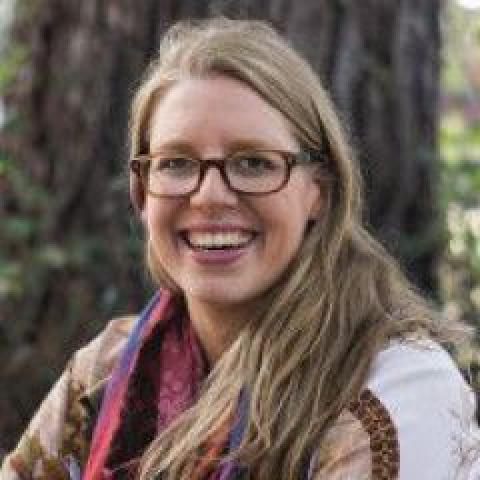 Ms Hannah Colman ('01) has a Bachelor of Multimedia (Media Studies) from Swinburne University, and worked in hospitality and as a freelance writer when she finished studying. In 2010, after volunteering with the refugee community in Fitzroy, Hannah co-founded a not-for-profit social enterprise called Scarf. She is currently Scarf’s General Manager.

During seasonal programmes, Scarf partners with Melbourne's best restaurants to train, mentor and employ young people who face barriers to employment. Scarf provides front-of-house trainee positions to young people seeking protection, and those from refugee and migrant communities who are experiencing marginalisation. Scarf trainees get hands-on, industry relevant training and mentoring, and are paid to work during programmes. At Scarf Dinners, professional chefs cook and the front-of-house trainees build their confidence serving big-hearted diners, whilst being supported by generous, skilled and well-networked hospitality mentors. To date, Scarf has seen 150 young people graduate from its programmes, and 70% of trainees find meaningful employment within six months of graduating.

Whilst at Ruyton, Hannah was involved in various sports teams (playing basketball and hockey) and was very active in the dramatic arts, performing in multiple productions and becoming Captain of Drama in her final year.

Whilst Hannah remembers Ruyton as a very close-knit School community with plenty of opportunity, it also fostered a culture of giving through her involvement in initiatives to support others. Her awareness of social justice was stirred during a School Assembly when humanitarian Ms Moira Kelly came to speak to students about her adopted sons from Iraq. ‘I remember feeling very emotional - those boys had been abandoned by their parents in a war zone, they had extraordinary disfigurements and Moira had adopted them and brought them to Australia for surgery,’ says Hannah. ‘It was very eye-opening as to what huge barriers people faced in different parts of the world, and I think it helped me realise how incredibly lucky I was to have been born in Australia and to attend such a great School. I would say it marked a shift in my values; I realised I had enormous privilege and that it was important to do something to benefit others who haven’t had the opportunities that I’ve had.’
Hannah remains closely connected to Ruyton and has been involved in leadership presentations to students and a panel member of the Masterclass on Refugees and Asylum Seekers with Julian Burnside.