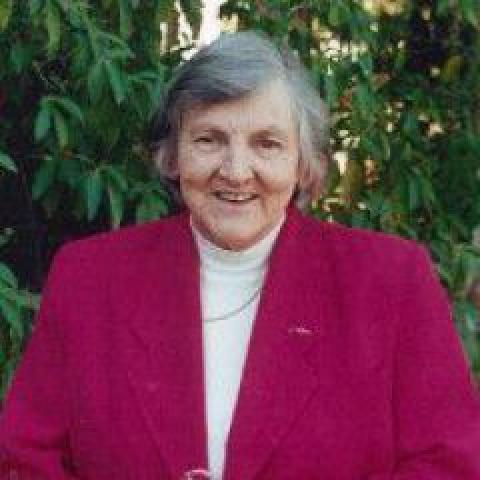 In 2001 Ms Fay Marles AM was installed as the first female Chancellor of the University of Melbourne in its 150-year history. Fay has served on the boards of many institutions and in 1986 became a Member of the Order of Australia in recognition of her public service, particularly in the field of social welfare.

Fay’s growing interest in women’s issues and Indigenous affairs had a marked impact on her career path. She became the first Victorian Commissioner for Equal Opportunity, and had an instrumental role to play in the landmark case that resulted in Ansett employing its first female pilot.

Fay was on the board at Ruyton from 1993 and was President of the Board from April 1997 to May 2002. Throughout her life, Fay has acted with compassion and conviction, and is a fantastic role model as someone who has made a difference in the education of girls.

Ruyton has recognised Fay’s contribution to women’s issues and those of social justice by naming a scholarship in her honour. Fay had a strong sense of justice for indigenous Australians. In her installation speech as Chancellor of the University of Melbourne she said: ‘My first goal is to realise my long-term hope to see us graduating Indigenous scholars in sufficient numbers to enable them to service the needs of their own community, and narrow the present cultural divide that is so damaging to us all. Improvements in health, living conditions and education are all areas of need where more Aboriginal doctors, teachers and other professionals would make a major difference.’

History tells us that there is still a long way to go but, more than ever before, Indigenous students are attending universities. Each step makes a difference on the journey, as Fay acknowledged while watching Cathy Freeman win the 400 metres at the 2000 Olympic Games in Sydney. ‘The whole arena erupted; every one of us stood and clapped and shouted until we were hoarse. It brought us all together, and Cathy’s Aboriginality was at the heart of it. To me it said there was a way forward, a way to end discrimination against Indigenous people.’

Fay understood leadership as having the capacity to take people with you. She certainly was a person who 'enabled things that people wanted to happen to happen.'