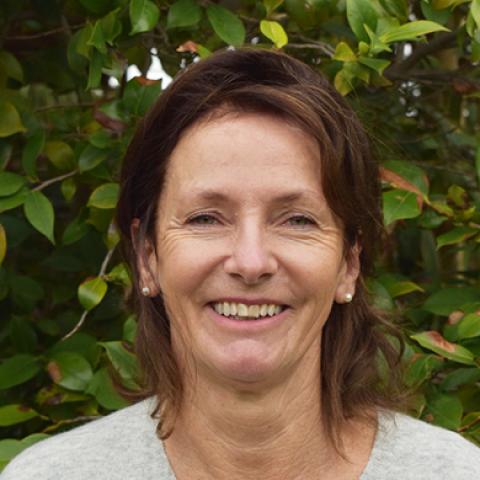 Ruyton Foundation
Back to the team

Robyn’s association with Ruyton began in 1967 when she was enrolled as a student in Year 1. She has a strong family connection to Ruyton. Her father, Mr John Bate OAM (dec.) was the Chair of the Ruyton Board from 1978 until 1991, during and after a time when both Robyn and her sister Wendy (’75) were students. Both their father, John, and mother, Elizabeth, were active members of the Parents’ Association. They have been active philanthropists and life-long advocates for girls’ education.

Robyn follows in their footsteps and has been actively involved in the community since the enrolment of her daughters, Zoe (’11) and Sarah (’14). (Robyn’s son Mitchell also attended Ruyton Early Learning.) Robyn was a member of the Parents’ of Ruyton (POR), at one point Co-chairing the POR Fundraising Committee; she was a Year Level Representative; and was a POR Committee Member until 2014. Robyn also served as a member of the Victorian Parents Council. Robyn’s husband Peter was appointed to the Ruyton Board in 2007 and took on the role of President in 2017.

Robyn is passionate about quality education for girls, which challenges them to be their best. She cherishes her life-long friendships begun at Ruyton and values the sense of belonging.