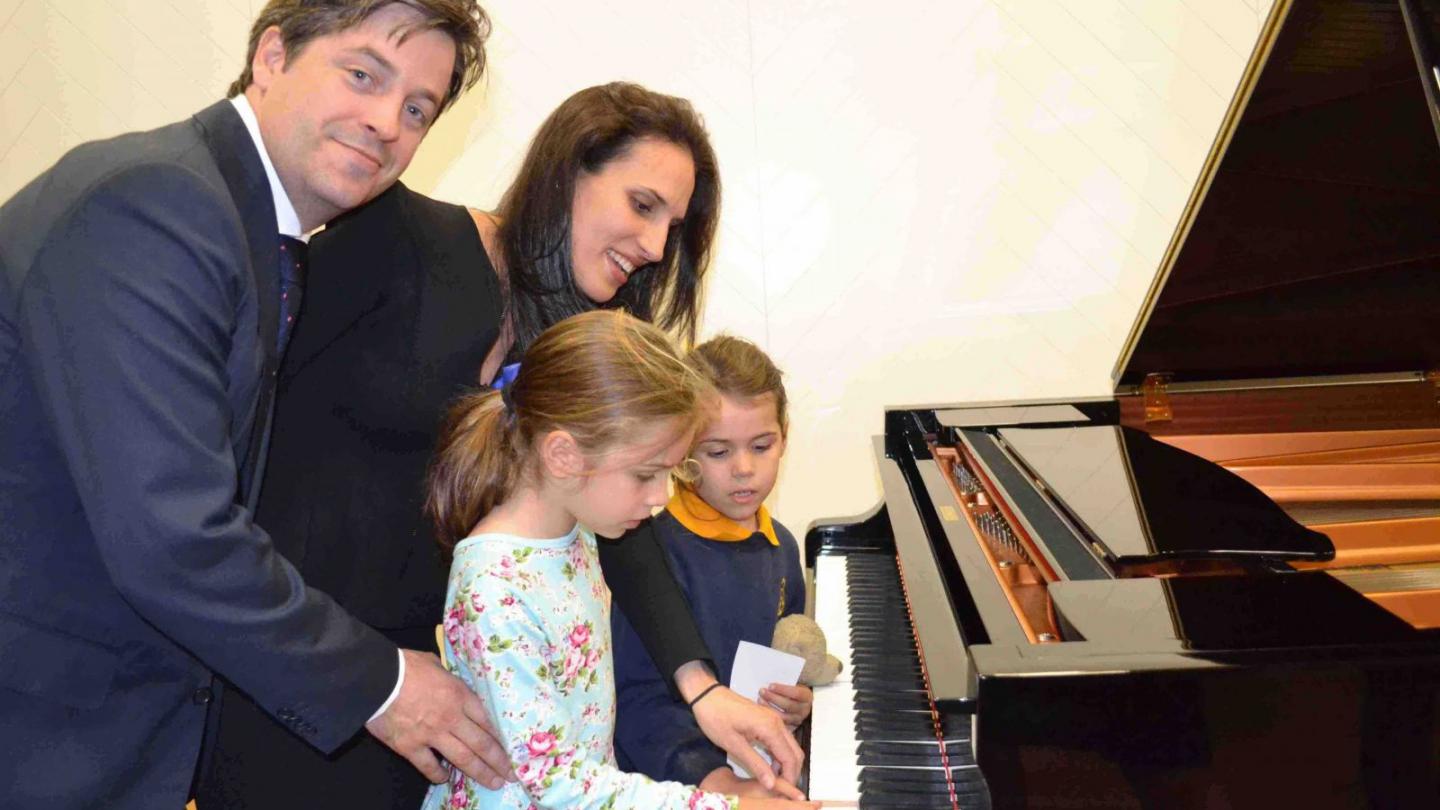 On Thursday 2 November, we joined together with donors and members of the Ruyton community to officially unveil the FORPA Grand Piano. This piano, which further strengthens and supports the Performing Arts programme at Ruyton, was made possible by the generosity of Friends of Ruyton Performing Arts and donors within our community.

Special thanks to Mr Peter Nelson, Foundation Committee Member, who was our MC; Sue and Jemima M for assisting with the unveiling formalities, and Mrs Lara Campagna and Ms Fab Mazzocco, Co-Presidents of FORPA, for cutting the celebration cake.

We were delighted to celebrate the success of the 88 Keys Gift of Music Appeal that helped us to purchase the ‘as new’ Yamaha C7 Grand Piano, which is now located in the Margaret McRae Centre Events Space. This instrument was specially chosen by Mr Shaun Jones, Co-ordinator of Keyboards, and all who had the pleasure of hearing it played last Thursday agree it is a wonderful addition to Ruyton. This piano enables us also to use the Margaret McRae Centre Events Space as a performance and rehearsal venue.

At the unveiling, we were amazed when six of our Year 6 piano students joined together to play ‘I Got Rhythm!’ by George Gershwin. Peipei C, Carla H, Eve M, Laura R, Georgie T and Georgia W co-ordinated their performance with poise and precision, and made this song their own.

We were also honoured to have current Ruyton parent, Mr Malcolm Woolrich, perform ‘Summertime’ also by George Gershwin. Malcolm took the opportunity to commend Ruyton on the exceptional choice of this instrument, reflecting how each piano has its own unique feel and specific tone. We all admired Malcolm’s hidden talent, and his skills and love of playing the piano shone through in his performance.

This appeal raised $40,180. It invited donors to select a key number and a name to be included on Donor Honour Board, as a record of all those who joined together to make this grand piano a reality. Thank you to our donors for their generosity and partnership in providing the gift of music to current and future Ruyton girls.