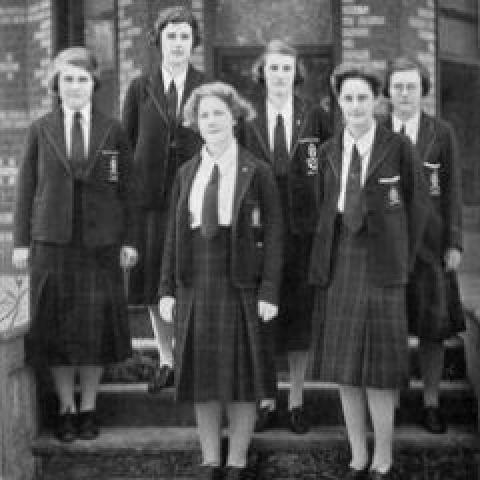 Dr Margaret Holmes was born in 1921 and attended Ruyton from Kindergarten in 1927 until she left in 1938 as Dux of the School. She was also Captain of Lascelles and a School Prefect. She took up a position at the Walter and Eliza Hall Institute and then went on to the University of Melbourne to study science, specialising initially in epidemiology, which she studied further at the Central Public Health Laboratory at Colindale, London, as well as completing a doctorate at Cambridge. Returning to the Walter and Eliza Hall Institute in 1958 Margaret oversaw the selection, training and supervision of laboratory technical staff and the development of Laboratory Animal Services. We were delighted to welcome Margaret back to Ruyton recently at the launch of the Old Ruytonian Association’s Heritage Trail.